For those of us living in what is historically described as the ‘western world’, we wake most days and peruse social media channels familiar to us. Facebook, YouTube, Instagram and Twitter. Some of you assume these channels are the most influential in the world, and you’d be right as the following graph shows. It would then naturally follow that you would focus on these social channels to grow your business in your local market. But what about when it’s time to go international?

Most popular social networks (Western) as of October 2018, ranked by number of active users (in millions)

When it’s time to go international the opportunities become significantly expanded, but also increasingly complicated. While most international markets still actively engage on facebook, youtube and Instagram there are local networks that can better create awareness, engage and convert customers for your business. These networks are often owned by larger networks and marketplaces like by Alibaba and Sina.

Most popular social networks (Global) as of October 2018, ranked by number of active users (in millions) 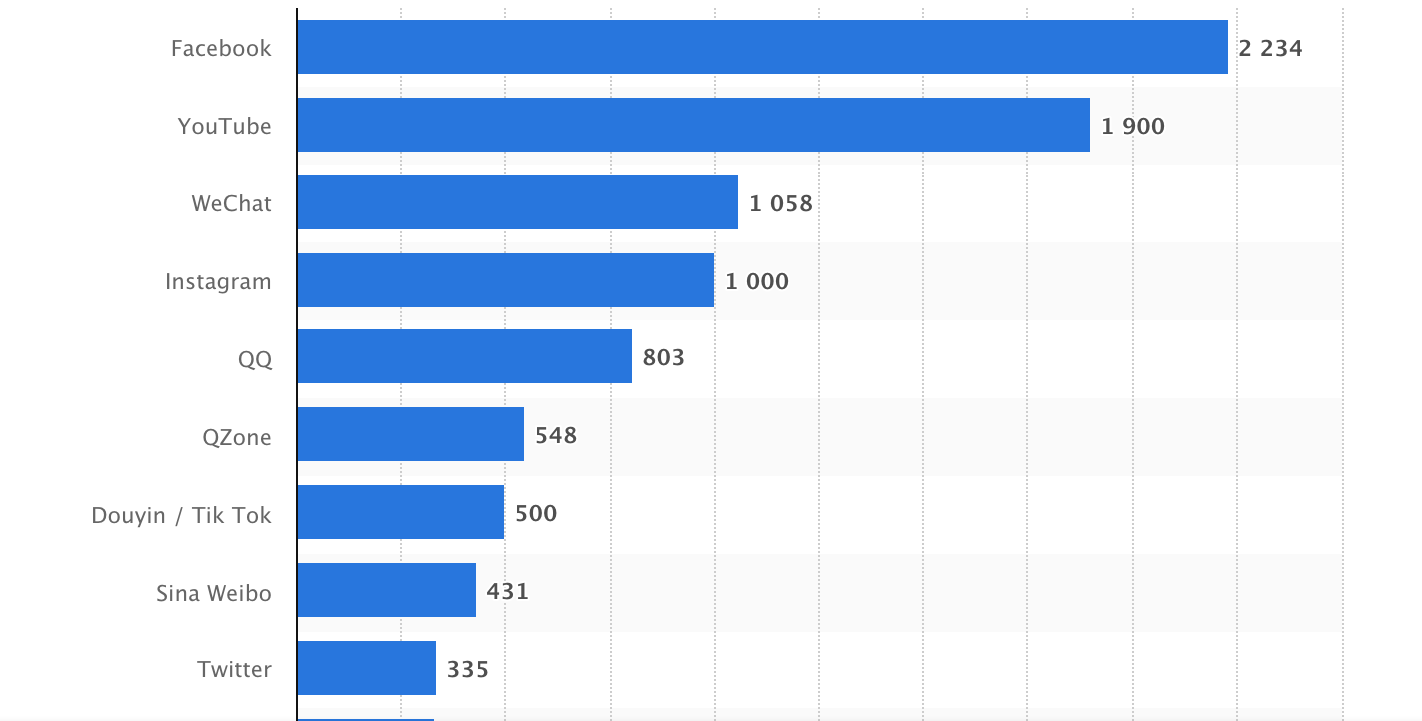 With a more holistic view of the global rankings of Social Media Networks, or SNS (Social Network Services) we can see the strong networks from China featuring prominently in the Top 10. These statistics also exclude networks such as Line in Japan.

If you have plans to grow your international reach using social media networks as a platform, it’s important to know what channels, in what countries need to be engaged and more importantly, how.

Popular network apps such as Line (JP), WhatsApp (CN) and Kakao (KR) are much more than just messenger services. So, how to leverage these channels most effectively – how do you sell globally by engaging locally?

If you’re thinking of entering into markets such as China, Japan, Singapore, Thailand or Korea you’ll want the right information to ensure you are successful. Consider: